Neoliberalism likes to rule it over religion. It loves to create its own saints, just like the ancient Roman senate declared gods out of their own. Indeed, religion has always been the ultimate target. Hubris takes special care to create a god after its own image. In fact, this temptation is as old as Paradise, where the serpent encouraged Eve to eat forbidden fruit from the Tree of Knowledge of Good and Evil. The serpent personifies Hubris in its insistence that man has the right to judge God and doubt his intentions; with the underlying gratifying suggestion that man is somehow God’s moral superior.

The three strategies of the serpent in the Garden of Eden are the same that are used by hubris. First, it doubts the meaning of some rule that man doesn’t like. Second, it suggests that a disagreeable motivation invalidates the rule. Third, it claims that the outcome of following the rule won’t have the promised or desired consequences, but that breaking the rule will be advantageous. In short, hubris is a law unto itself. The history of the last fifty years in particular shows how neoliberalism has used these three ancient strategies to manipulate Christianity, moulding it into a new form of religion that supports its views and causes.

The disease of neoliberalism may have already infected your church, or worse: your own life, without you realizing it. This book is both the vaccine and the cure to this deadly affliction. “The truth shall set you free,” is a time proven principle that is increasingly recognized in clinical psychology. Patients find healing and rewire their thinking by reconnecting with reality.

As sons of Adam we are all prone to hubris. None of us is immune, but this book will help to recognize the symptoms and provide the reader with a powerful antidote.

Lectures to my Students: The art of preaching

Death of the Gods: On the fall of the ancient oracles and the rise of Christian Scripture

by Benno A. Zuiddam
Kindle Edition

Adventures with God: Some of the Lord’s dealings with Francis Nigel Lee

Traditional Latin Mass: Extraordinary Form of the Mass of the Latin Rite

by a Kempis, Thomas and Benno A. Zuiddam
Kindle Edition

by Benno A. Zuiddam
Kindle Edition 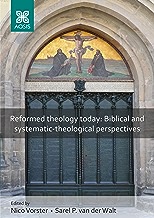 A basic introduction to the history of christianity

“Hope and Disillusionment” is written to enable readers to evaluate their own times in the light of the history of the Western Church.

This book helps you to understand Church history and make it practical. Concentrating on principles and developments rather than endless facts, it makes the highs and lows of the history of Christianity understandable, practical and relevant. It includes a study guide that makes it suitable for private study, home-schooling, church groups and university settings alike.

This book is aimed at any Christian and non-Christian from age 15-plus, but particularly written with great sympathy for those who have reason to be disillusioned with the Church.